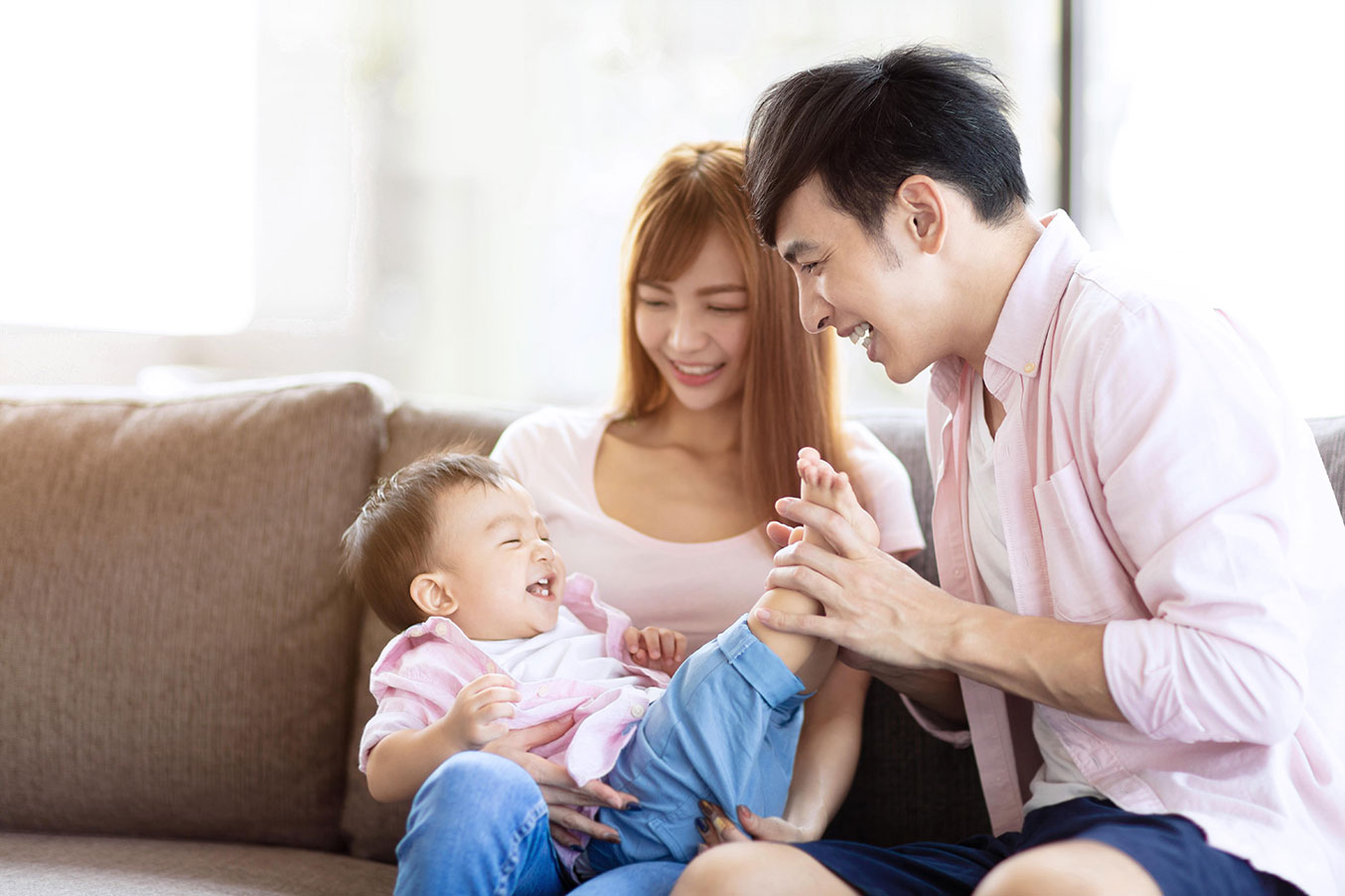 According to the Ministry of Health (MOH), cancer is the leading cause of death in Singapore, with more than 1 in 4 deaths attributed to it each year.

Despite the advancement of medical technology, there is still no fool-proof way for us to avoid cancer. However, we can be heartened by the fact that:

1) about one-third of all cancers can be prevented. By making lifestyle adjustments such as not smoking, reducing excessive drinking of alcohol and eating less fat, we can reduce our chances of getting cancer.

2) Medical advancements have improved the cancer survival rate in Singapore over the years, especially with early detection. The Singapore Cancer Foundation estimates that about one-third of all cancers can be recovered from if detected and treated early.

The Costs Of Cancer

However, it is essential that we take the costs of cancer into consideration in our financial planning. There is no vaccine for cancer, and this disease can strike anyone, even young adults who are prone to certain cancers such as thyroid, colorectal and breast cancer. While prevention is always better than cure and we should lead a healthy lifestyle to reduce our cancer risk, we should nonetheless approach financial planning holistically to cater for the unexpected, such as medical costs and more arising from an illness like cancer.

The good news is that all Singaporeans and PRs here are automatically covered under MediShield Life and will enjoy heavy government subsidies when seeking cancer treatments in public hospitals. Those with a private integrated shield plan can also seek treatments at private hospitals.

However, thinking that our MediShield Life or private integrated shield plans will be sufficient on their own to take care of expenses due to cancer isn’t entirely accurate.

While medical insurance covers our hospitalisation and treatment costs, this is unlikely to be the only cost that we will incur because of cancer. For example, we may need additional support at home and have to hire a foreign domestic worker to help with housework. Also, we may potentially face the loss of earnings as a result of not working while we focus on recovery – and still have to pay for our mortgage and other household, family and living expenses. This can add up to a significant amount.

In a 2017 Protection Gap Study, the Life Insurance Association Singapore (LIA Singapore) estimated that the average critical illness (CI) coverage that an economically productive person in Singapore would need in the event of a critical illness such as cancer is S$316,603. This is based on the assumption of a 5-year recovery period. It also found that the average CI coverage of economically productive individuals was just S$59,776, leaving a CI coverage gap of over S$250,000.

To be clear, the number above is an average indication of the level of coverage people may need. Depending on your individual circumstances and preferences, you may require higher or lower CI coverage.

Since cancer is the most common type of critical illness in Singapore, it’s logical that many of us would buy a CI plan for coverage against cancer. However, there are a few considerations to bear in mind when getting CI coverage.

As some of us may already know, there are various stages of cancer that one can be diagnosed with. In general, this can be broken down into early-stage, intermediate-stage or late-stage. Chances of recovery for cancer tends to be higher when it’s diagnosed at an earlier stage.

One problem with CI coverage is that traditionally, coverage may not apply for early-stage cancer, unless you purchase an early-stage critical illness policy. This poses a dilemma for policyholders. On the one hand, if a person has been diagnosed with early-stage cancer, he/she would naturally want to focus on recovering and may wish to stop work for a while. On the other hand, the critical illness policy that the person bought may not provide any payout unless the cancer advances into the later stages, which nobody hopes for. In such scenarios, policyholders who do not have insurance coverage against early-stage cancer will need to dip into their savings if they wish to stop working for some time.

How Can Standalone Cancer Insurance Plans Help Us?

To ensure you have sufficient insurance coverage against major cancers at all stages, you can consider a standalone cancer insurance plan.

Unlike CI plans, which provide coverage against the various critical illnesses as defined by LIA Singapore, standalone cancer insurance plans only cover us against cancer – the most common type of CI that people get. Many standalone cancer plans provide a lump sum payout upon cancer diagnosis, regardless of the stage.

For those who currently do not have CI coverage or who choose not to get CI coverage, a standalone cancer insurance plan could therefore be a good option, given that cancer is the most common form of critical illness.

And even if you do have existing CI coverage, you should consider a standalone cancer plan to complement your coverage if your current plan doesn’t cover early-stage cancer or if your coverage falls short of what LIA Singapore recommends (in excess of S$300,000).

PRUCancer360 is one such example of an affordable cancer insurance plan that provides comprehensive cancer coverage.

For example, a 25-year-old woman who doesn’t smoke can be covered across all cancer stages with a sum assured of S$100,000 for just S$16 per month* – about the same price as a video streaming subscription many of us are currently paying for. You also have the flexibility of customising the amount of coverage according to your needs, in multiples of S$10,000 up to S$300,000. In addition, PRUCancer 360 covers you with a 100% payout for all cancer stages up till age 100 – not all cancer insurance plans cover you comprehensively up to that age.

One can also sign up for cancer insurance coverage just as easily as a video streaming service. For example, UOB customers can purchase PRUCancer360 coverage with a few taps on their phone via UOB’s new SimpleInsure feature on the UOB Mighty app. 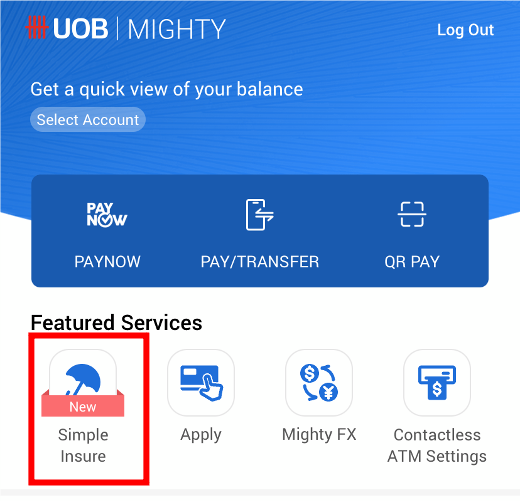 This can be done quickly by just answering three health questions, with no medical examination required.

In conclusion, cancer is not to be taken lightly, but there are steps we can take to reduce our cancer risk, as well as to cover the costs in the unfortunate event of a cancer diagnosis. The trick is to be protected with the right coverage – and it really doesn’t take much more than what we are paying for our favourite subscription plans to be covered.

This article is brought to you by UOB. It was first published on DollarsAndSense.sg

Payout is subject to definition and conditions found in the product summary that can be obtained from your UOB qualified Financial Adviser Representative. For certain medical conditions, there is a waiting period of 90 days from the date of issue or reinstatement whichever is later. Survival period is applicable before a claim can be made.

The information contained in this publication, including any data, projections and underlying assumptions, are based on certain assumptions, management forecasts and analysis of known information and reflects prevailing conditions as of the date of the article, all of which are subject to change at any time without notice. Although every reasonable care has been taken to ensure the accuracy and objectivity of the information contained in this publication, UOB and its employees make no representation or warranty of any kind, express, implied or statutory, and shall not be responsible or liable for its completeness or accuracy. The views expressed in the articles within this publication are solely those of the authors’, reflect the authors’ judgment as at the date of the articles and are subject to change at any time without notice. As such, UOB and its employees accept no liability for any error, inaccuracy, omission or any consequence or any loss/damage howsoever suffered by any person, arising from any reliance by any person on the views expressed or information in this publication.

UOB does not hold itself out to be an insurer, insurance broker or insurance agent. The insurance products and services stated herein where applicable are provided by Prudential Assurance Company Singapore (Pte) Limited.