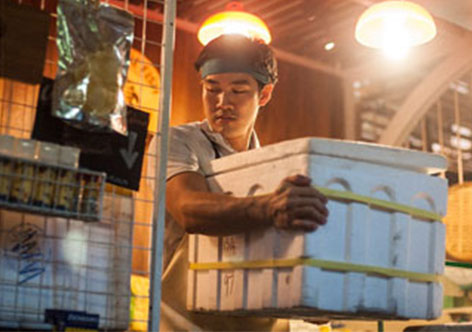 For many people, a fishmonger in a wet market is more commonly associated with dirty water, slime and fish guts.

But a fish stall at Beo Crescent Market in Tiong Bahru has completely overturned that image. Music plays as customers take their time to pick out the day’s catch that is displayed neatly in a glass casing.

The stall's owner Jeffrey Tan, 33, wants to completely change both the image of a wet market fish stall as well as how it works, after being in the trade since he was in his teens.

His father worked as a wholesale fish supplier at Jurong Fishery Port and Jeffrey remembers running around the massive 5.1ha port – equivalent to 560 four-room Housing Board flats – in his childhood. After his father died, Jeffrey's brother, who is 13 years his senior, set up a fish stall at a wet market to continue the family business. Jeffrey helped out at the stall regularly throughout his schooling days, preparing fish and bantering with customers in a mix of English, Mandarin, Malay, and Hokkien.

There, he saw the "pain points of the old-world way of doing business", Jeffrey says. "My brother would tell me things like "I don’t know how much I earn,"' he adds.

He would go to the port with $1,000 in his pocket. When his fish stall closes for the day, he would count whatever money that is in the cashbox and deduct $1,000 from it. In fact, this is what most fishmongers have been doing for years.

This was both inefficient and unproductive. So when he set up his own fish business, Dish The Fish at Beo Crescent in September 2015 – he decided to run the old school business with several upgrades.

For one thing, he knew from the start that he had to improve the way sales were made. He bought iPads and sourced for a point-of-sales (POS) software, settling on Vend, a cloud-based app compatible with iOS devices.

"It has a clean interface and it’s very easy to use and maintain. It took me just 30 minutes to set the app up," says Jeffrey. "This is just an iPad," he adds, holding up the device. "If there is anything wrong with the app, I can approach the vendor directly." 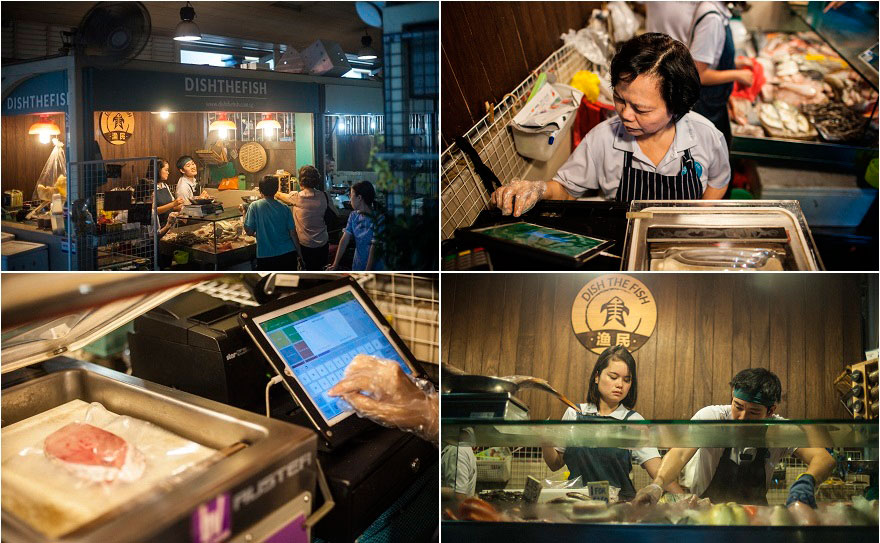 Clockwise from Top left: Jeffrey and his wife, Angeline Ong, 29, serving customers. Data gathered from Vend lets them make better recommendations to regular customers; Jeffrey's mother-in-law, Mdm Doris Chien, 65, manages rush hour with the Vend app, which allows her to input prices, operate the cash box and print receipts seamlessly; Jeffrey and his wife, Angeline Ong, 29, open up their chilled fish stall in the wee hours of the morning. Using Vend makes it easy to keep track of the fish they sell; At Dish the Fish's Chilled Outlet, Jeffrey checks the data on the Vend app next to a vacuum packing machine for his fish.

The iPad is also a space-efficient solution, a big advantage for the stall which has just enough space for three people.

The cost of each fish fluctuates every day according to their weight. With Vend, he is able to track and update the prices of fish easily.

Jeffrey has keyed in the names of all the different types of fish he sells into the system, along with their base price. When a customer makes a purchase, he just has to select the right item and multiply it by its weight, making it easy for him to tabulate daily sales.

But the 'killer function' in the Vend app is the wealth of knowledge he gathers from analysing the sales of his fish. For instance, he knows what his five most popular fish are, how fast a particular fish sells out in a day, as well as profiles of customers.

Jeffrey updates his smartphone-savvy customers of the day's catch by broadcasting through the messaging app. He keeps a profile of these customers, as well as what they order, in the Vend system.

With a quick swipe on his iPad, Jeffrey pulls out a spreadsheet of his biggest-spending e-customers. At the top of the list is a man who has spent about $5,200 at Dish The Fish in the last 12 months. The next two customers have spent $4,500 and $3,500 respectively in the same time period.

"I can see what these customers like and I can recommend other fish to them. You know what their tastes are like after a while. Sometimes they like it, so that's good. If they don't, they will tell me and I will suggest something else," he says.

"This is really where data makes the difference. You know more about your customers and their spending and eating habits and you can go one step further to build a relationship with them. For me, it’s important to go beyond the transactional to the personal."

The data also tells him where he is wrong, which allows him to quickly change course.

"I used to order a lot of the ikan kuning when I’m at the port, because I thought it sold really quickly,” he says, referring to the inexpensive fish served with local favourite nasi lemak.

But when he pulled out the hourly data to track the sales frequency among different fish, he was surprised to find that the leather jacket, which was slightly pricier than the ikan kuning, was the faster-selling one.

These are business details that the older fishmongers who do not use technology will not have. But for old school embracing technology is key, says Jeffrey. 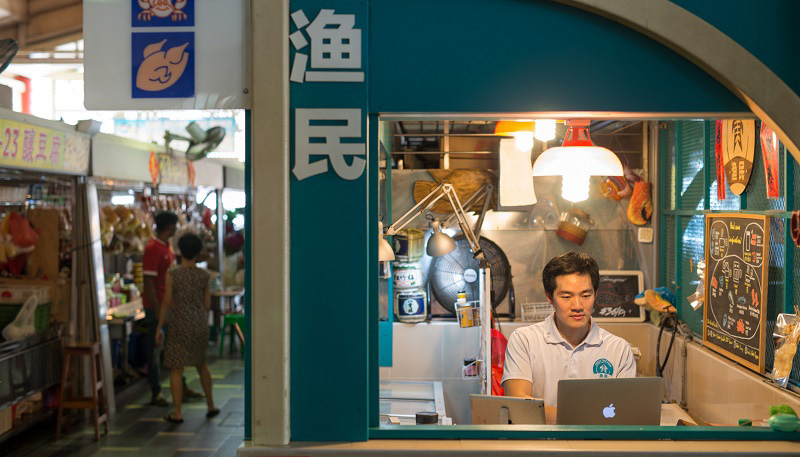 Image: Using modern technology at Dish the Fish allows Jeffrey to have knowledge that older fishmongers are unlikely to have.

"Wet markets still serve a purpose. Customers can come to the stall and ask the fishmonger for help on selecting a fish, and the dif ferent ways to prepare a dish. At the supermarkets, the fish are sold in neat packs but no one is there to help customers with their questions," he says.

"But wet market stalls need to do business in a more efficient manner by using tech solutions to survive in the current landscape."

Vend is one of BizSmart's cloud-based applications to help run your business more efficiently. Click here to get a free 30-day trial. T&Cs apply. 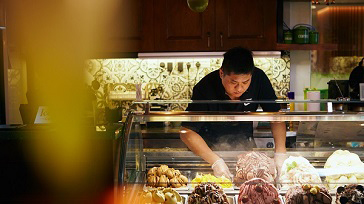 Digitalisation on a plate | Damien Low, Passion For Food 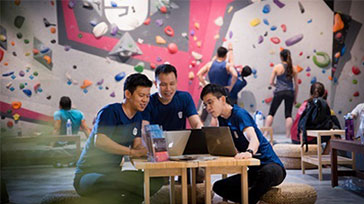 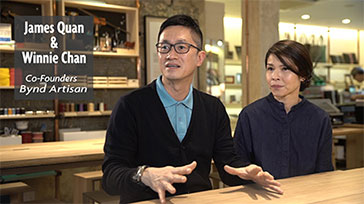