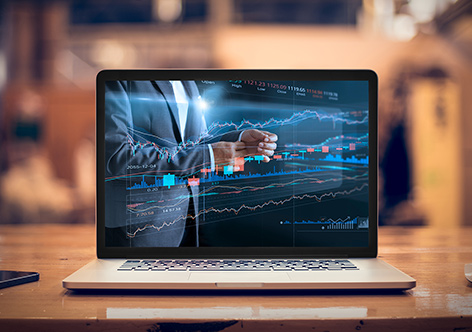 Singapore businesses can look forward to an economic recovery and some rebound in spending once the COVID-19 outbreak is controlled in the second half of the year, according to Heng Koon How, UOB’s Head of Markets Strategy.

Unlike the Global Financial Crisis of 2008–09, the COVID-19 pandemic is a healthcare crisis that arrived from outside of the economy. A vaccine will help ease the healthcare crisis allowing economic growth to bounce back quickly, Heng explained during a webinar for UOB’s SME clients.

The Monetary Authority of Singapore (MAS) predicted the economy will enter a recession this year, with GDP growth projected at -4% to -1%, with an advance estimate of a 2.2 per cent year-on-year contraction in the first quarter. On a quarter-on-quarter basis, that contraction was a much sharper 10.6 per cent.1

To help counter that, the MAS, which uses the currency rather than interest rates as the vehicle of policy, eased to adopt a zero rate of appreciation on a trade-weighted basis for the Singapore dollar – effectively a recessionary setting. The government has acted in tandem, releasing a number of stimulus packages to help small businesses and employees, amounting to 12 per cent of GDP.

The Singapore dollar had already weakened to a three-year low before the MAS eased its policy. The short-term outlook shows even further weakness, with Heng predicting it may trade as soft as $1.50 in the next few months.

On top of the COVID-19 outbreak, economies are dealing with dwindling oil prices which have created deflationary pressures. For emerging-market countries that are more reliant on commodities, this has the unwelcome side effect of weaker currencies. It has also exacerbated a liquidity crunch to push up the cost of dollar funding, which is used for around 80 per cent of global transactions, making the US dollar dominant.

Companies that require US dollars should therefore hedge their exposure for at least the next three months. Once the funding crisis has passed, the Singapore dollar should strengthen again, along with other Asian currencies. Companies should also hold higher cash levels than normal in case the money markets suffer further funding crunches due to rising credit and default risks. 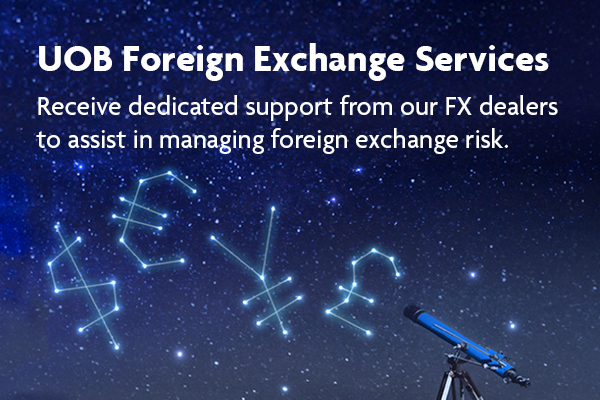 Singapore is not acting alone. Led by the US Federal Reserve, all the major central banks have slashed interest rates towards zero, while also committing to unlimited quantitative easing to ensure the financial markets have sufficient liquidity. The Fed is buying in almost every part of the fixed-income market to keep rates low, including commercial paper, where most companies access short-term funding.

Governments are dipping into reserves to roll out the biggest stimulus packages ever seen – anywhere from 10 per cent of GDP to as much as 20 per cent in some cases. These are aimed at individuals and small businesses – those most affected by the crisis.

Heng described this as the silver lining for the second-half outlook and is behind UOB’s view that the economy will enjoy a ‘U-shaped’ recovery, rather than the more recessionary ‘L-shape’. Although optimistic, the prospects for a speedy ‘V-shaped’ rebound are slipping away after countries like Italy and the US were slow to react to the spread of the virus.

The first positive market signals are starting to appear, led by China

Europe, and especially the US, are still reporting an increase in COVID-19 cases. Based on patterns elsewhere, these are likely to escalate until confinement policies curb the spread. But once global virus cases decline, along with the massive stimulus measures, we may see the global economy in position to make a comeback, predicted Anthony Raza, Head of Multi-Asset Strategy at UOB Asset Management (UOBAM).

China may be the example for all to follow. Having been the first to react with lockdowns and factory shutdowns, China has started to ease back restrictions as new virus cases dry up.

China’s latest manufacturing data – the official purchasing managers’ index – rose to 52.0 this month, according to the National Bureau of Statistics. That’s up from a record low of 35.7 in February and above the 50 mark that signals conditions are improving.2

Should other economies show a similar lag between the shutdown and reopening of factories and businesses, it indicates a good opportunity for the economy to bounce back quickly in the second half, Raza said.

Position yourself well in 2020

Singapore’s businesses must be prepared for the coming months of market turbulence and be well-positioned for the anticipated recovery. UOB has a team of experts who offer advice on the suitable financial solutions to meet those needs. Contact us today for a consultation. 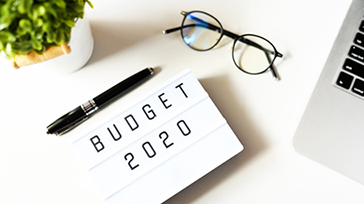 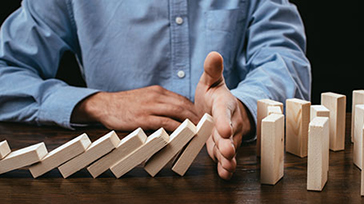 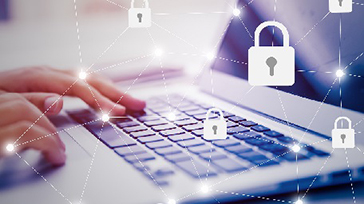 How to protect your business from cyberattacks

Stay Ahead of Tech and Market Trends

Learn from Industry Peers and Experts

Invest in Your People